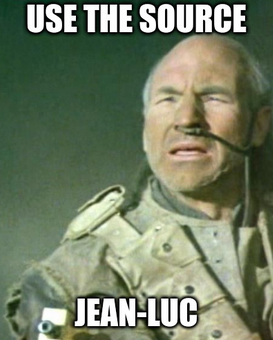 This post covers how I'm keeping my orgmode notebooks synced between my desktop and phone. There are also some tips on how I resolve merge conflicts in my notebooks and other hints for using Orgzly. 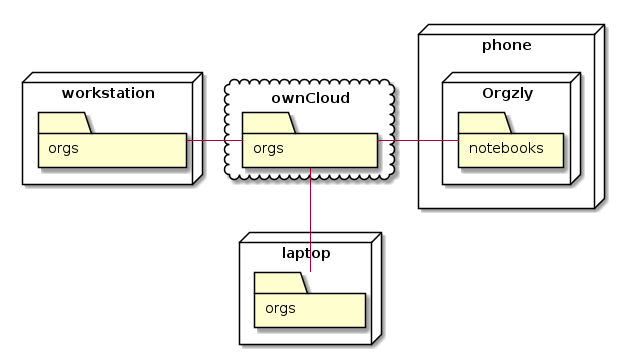 Set up an owncloud server somewhere where both my desktop and phone can reach it.

On the desktop, install the owncloud client and configured ~/owncloud to be shared with the server. Also set up an ~/owncloud/org directory and add an ~/org symlink that points to ~/owncloud/org. This is mostly to make it easier to access the org files.

Update your emacs and/or vi configs to support orgmode. I'll update the org files in the editor that's more convenient at the time, though I'll use emacs if I need to update the deadline of a task.

I've also added .git to the owncloud and did a 'git init' in the ~/owncloud/org directory. This repo will be used in the 'Handling Conflicts' section below.

Create or move your notebook files into the ~/owncloud/org directory and make sure they have a '.org' extension. Verify that the org files are being synced to the owncloud server.

Make sure your owncloud client is set to start when your desktop reboots.

Install the owncloud client on your phone. Configure it to sync with the owncloud server and verify it's syncing the notebook files from the server.

Also install and configure Orgzly. For the syncing the repositories use WebDAV with the URL https://<your-owncloud-server>/remote.php/webdav/org. I originally tried using local storage, but I couldn't get that to work.

Then for each of the notebooks, set the link to https://<your-owncloud-server>/remote.php/webdav/org. Update one of your notebooks with Orgzly and verify the change is synced to your desktop.

Throughout the day, I'm usually using Orgzly, checking the Agenda tab for overdue and upcoming tasks, and adding new tasks and notes.

I'm access the Notebooks on the desktop less frequently, mostly archiving completed tasks, and adding links and notes to research tasks. I also tend to move tasks between notebooks from the desktop.

I ignore the scheduled time setting in Orgzly, and only set the deadlines with warning times. Then I treat the notification that's generated from warning time passing as the time I should start on a task.

For repeating events, I use the '++' modifier for tasks. This way if I miss a few iterations of a task it will add the next iteration in the future.

It took me a while to figure out I could tap on the date itself to bring up a calender instead of being limited to the 'today', 'tomorrow', and 'next week' options. <shrug>.

Sometimes when I'm updating the notebooks on both my desktop and phone, orgzly will say there's a conflict.

When this happens I go to my desktop and make a checkpoint commit of any outstanding changes on the ~/owncloud/org repo. Then I push the Notebook from Orgzly (the Cloud with the 'up' arrow.

Then on the desktop, I do a 'git diff' and adjust Notebook as needed.

Usually this includes adding some new notes or adjusting some deadlines.

I use GnuCash, but keeping my 401(k) accounts up to date has always been a tedious, manual process.

I came up with the python snippet below to handle the import, but it was a pain to write since I couldn't find any examples for setting up stock or mutual fund transactions.

The SetSharePriceAndAmount method ended up being key, and I only found that by searching through the gnucash source.

The GncNumeric class also ended up being more of a pain to use than I expected. There's probably a better way to use it, but the 'multiple values by 1000000/100000' approach is working for me now.

I'm using the stock GnuCash and python-gnucash version 2.6.19 available in Ubuntu 18.04, so this stuck using python 2.7.

Special thanks to this post for providing most of the code above.

I've found using Lua macros in rpm spec files to be pretty useful. I haven't found many examples of their use online, so here's how I ended up using them.